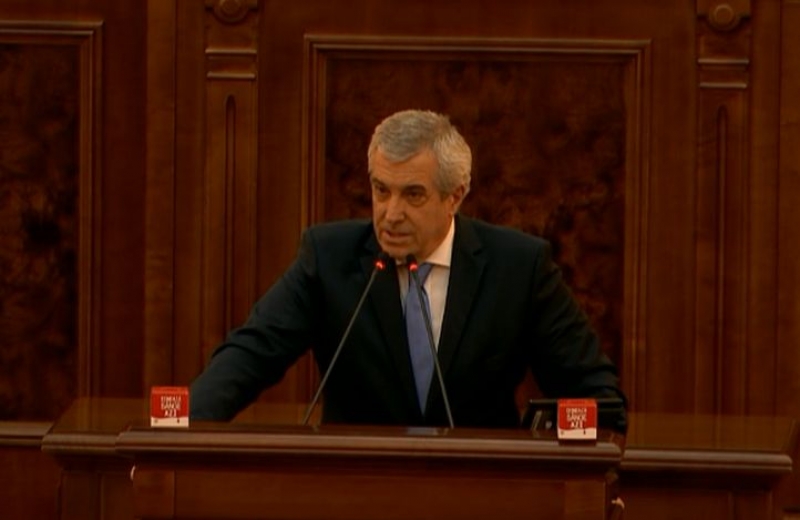 Chairman of the Alliance of Liberals and Democrats (ALDE), Calin Popescu-Tariceanu, expressed his concern at the loans raised by the Ministry of Public Finance from the Romanian banking market, stating that in his opinion they will bring the development projects at a halt and slow down the economic growth.

“I am concerned at the eagerness shown by the Finance Minister when heavily borrowing from the Romanian banking market. I am not one of those who say that deficits should not be financed and that the solution is to tighten the belt. We’ve tightened it in Ceausescu’s time and we’ve seen where this has taken us. Romania still has a small deficit, perhaps one of the smallest in the European Union. I am concerned about these loans because of the many billions drawn from the vaults of the banks at the end of last year and, especially, the plans to take out another tens of billions this year, will further deepen the banks’ lack of appetite for financing entrepreneurs, businesses, development!,” Tariceanu wrote on Friday on Facebook.

He argues that “if they have the chance to place their money, for generous interest, in the wide arms of the Romanian state, with no work and free of risk”, in a sort of “state-run capitalism”, the bankers will no longer need to asses the business plans of private persons.

“Why would the banks want to risk, by participating in the development of the automotive or energy sector, when the state offers them the highest interest rates they could get in Europe? The medium-term effect of the Finance Ministry’s draining the resources of the Romanian banks will be the halt of the development projects, a slowdown of economic growth, the loss of jobs or the stop of wage increases in the private milieu,” the ALDE Chairman underscores.

According to him, a Finance Ministry has other levers at hand to finance deficits, “not just stretching the hand to commercial banks”.

“Reach out to the Romanians who see the value of their savings drop every day because of the petty interest rates offered by the banks! Offer the Romanians good interests for their investments and you will have the necessary money to plug the deficit, while at the same time leaving resources to finance development. Romania needs financing for major infrastructure projects, for regional hospitals, for developing energy projects, for transforming the Danube into Europe’s largest highway, whereas diverting the commercial banks’ resources strictly for the financing of the national deficit doesn’t help us,” Tariceanu argues.

The Public Finance Ministry plans to to raise this January from commercial banks 4.4 bln lei, of which 300 million lei through the issue of discount T-bills and 4.1 billion lei through seven state bond issues; another 615 million lei might add to these amounts through additional non-competitive bids related to bond auctions.

The amount is by 930 million lei lower compared to the one provided for December and will be used to refinance the public debt and cover the state budget deficit.

Posted on May 8, 2021 Author Redactor Preluari